One of the biggest mistakes people make when considering how to monetize free-to-play games is to assume that free-market principles apply. In a free market, comparable products compete for customers by offering the greatest perceived value for money. However, a game typically offers a unique playing experience, and hence it’s actually a monopoly.

This is particularly true for free-to-play games where a player may have already invested significant time into a game, becoming attached to their characters or feeling proud of their in-game achievements. In this way, free-to-play games are never really competing with each other for in-app purchases (IAP). It is unlikely that a player would choose to spend in one game over another because it is ‘cheaper’ (the one exception to this logic is probably social casino games). In reality, the biggest competition for IAP in free-to-play games is not other games but the ‘free’ aspects themselves.

Reasons for Poor Monetization of a F2P Game

There are only two reasons a F2P game has poor monetization performance; players churn too quickly to monetize or players fail to monetize due to a lack of incentive. In the case of a poorly performing game, it is important to diagnose which of these is occurring. For example, let’s consider the two games below. 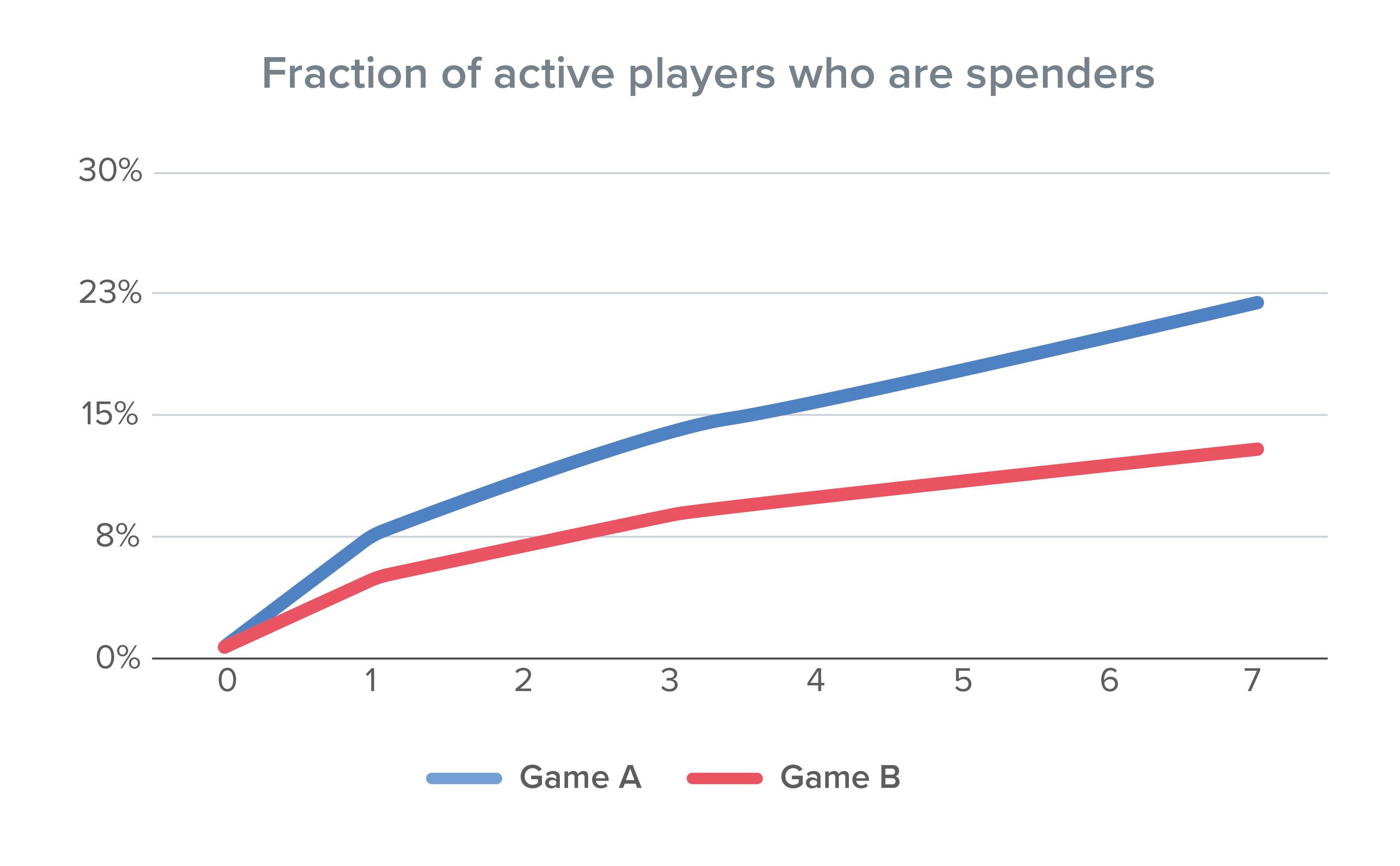 If all spenders convert within the first two days, and spenders never churn, we would get the above result, assuming typical non-spender retention.

What we can see is that despite Game A having poorer retention, a much higher fraction of active players are spenders; at day 7 over 20% of Game A’s players have made a purchase, whereas only 13% of Game B’s players have monetized. In other words, the monetization of ‘loyal’ players in Game A is twice as good as Game B.

Are your Premium Game Components Appealing?

While this is just a theoretical example, the consequences are important; retention (especially day 1) can severely impact monetization, so you need to understand how many of your ‘loyal’ players (e.g. those that are still playing after a week) monetize.

The key here is that if only a small fraction of loyal players are spending, it raises serious questions about how your IAPs ‘compete’ with the what you are offering players for free. If the vast majority of players can play happily for a week without making a purchase, then it is clear that the premium components of the game simply do not offer enough on top of the core free-to-play experience.

Why Non-Spenders Are the Key to Monetization

This is why quite often the key to unlocking monetization is to study your loyal non-spenders, not the most popular IAPs or the success rate of strategic conversion offers among spenders. Again we can return to the free market analogy; the loyal non-spenders have chosen to spend their time on your free experience, not their money on your premium one. Using their player data, we can try to understand why they came to this judgement.

Typically loyal players fail to convert for these three reasons:

1. The game is too rewarding; it is too easy to unlock all of the game content via grinding.

2. The benefits of monetizing are poorly communicated, represent poor value compared to grinding and/or the items are not well-matched to the players needs

3. Crashes, glitches and hacks; the game crashes or glitches, leading players to believe their IAPs may be lost if they have to re-install, or the game freezes. Also if the game is easily hack-able, or rewards farmed (e.g. putting the phone’s clock ahead 2 hrs to get reward), players are unlikely to monetize.
All of these scenarios can be easily diagnosed from the data of loyal non-spending players.

There are many more ingredients that go into building a successful monetization strategy for a free-to-play game, and we have not even considered how many times players spend and how much they spend. However, it is important not to ignore what your non-spenders are telling you. Your toughest competition could be your own game!

If you enjoyed this article, you may be interested in reading, Why your game should inspire multiple payments, or In-app purchase pricing strategy: Do bundle discounts work?

Any cookies that may not be particularly necessary for the website to function and is used specifically to collect user personal data via analytics, ads, other embedded contents are termed as non-necessary cookies. It is mandatory to procure user consent prior to running these cookies on your website. 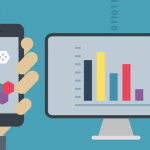 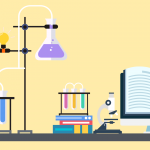