It is easy for players to give up on a game they’ve just downloaded for free. Even in successful games, half of all players never return after a single session. This means first impressions are incredibly important in F2P. Players need to get in, enjoy themselves and be rewarded – FAST. The game should give as much of a taste as possible of what it has to offer, early-on.

How to make a good first impression in F2P

From analysis of a sample of 200 games on the deltaDNA game analytics platform, we have found a number of ways to ensure that players get the best first time user experience:

1. Players need to understand what they have to do

You would think this point is a ‘no-brainer’, but it is surprising how many games out there don’t do themselves justice when it comes to explaining themselves! As F2P is an unforgiving territory, it is very important that you have a well-structured tutorial with clear signposting to help new players understand the game mechanics in a fun and engaging way.

Warframe (PC/PS4/XB1), by Digital Extremes, is a good example of this as it makes good use of a likable character to lead the player through the early stages of the game. Player controls and hints are also cleverly placed around the environment to help guide the player in an intuitive way.

2. Players should achieve something early, no matter their skill level

Players enjoy the feeling of success through progression and find it rewarding. This means events, such as leveling up and unlocking new levels, or the earning of achievements and explicit rewards, should occur within the first few minutes of gameplay.

Brave Frontier (Android/iOS), by A-Lim / Gumi, leads players through a series of battles, along with a number of explicit rewards, with the aim of easing them into the game. The game also highlights tutorial completion rewards ahead of the gameplay starting, to encourage engagement. 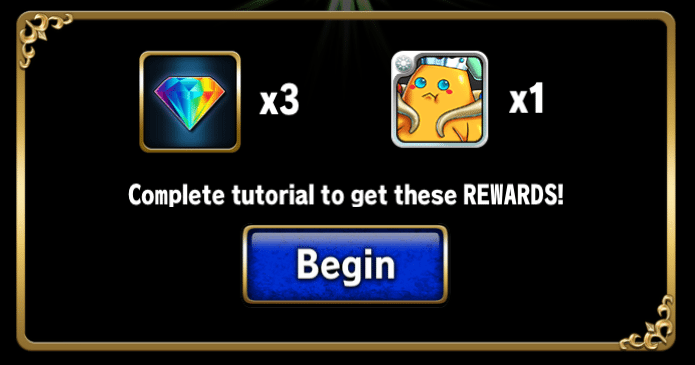 3. Difficulty in the initial stages of the game should be controlled

Most players will not tolerate frustration and disappointment in a F2P game. Because of this, game difficulty should be gradually increased, with early difficulty very low. New players should always win their first mission.

CSR Racing (Android/iOS), by NaturalMotion, places players in a safe environment during their initial races by removing the possibility of failure. The first solo race is used to explain the games controls, and it is followed by a competitive race against the AI. However, if the player attempts to shift gears too early when playing against the AI for the first time, the action is paused and a hint is displayed to ensure they understand what to do.

4. Players should experience enough of the game early on to get a good understanding of the gameplay

Don’t lock off something that your players will find “cool” until too far into the game. If there’s an exciting bonus game, multiplayer feature, outlandish weapon or new game mechanic introduced, do you really want to wait until 90% of your players have abandoned?

CSR Racings sequel, CSR Classics (Android/iOS), is a perfect example of this. Very early in the game, players are led through each stage of the upgrade process and shown what a fully upgraded vehicle will look like. It is executed in an exciting way and gives players something to aspire to.

A game that makes all the right impressions…

Applying all these rules, is a deltaDNA favourite – Hearthstone: Heroes of Warcraft by Blizzard Entertainment. Hearthstone is an addictive, highly accessible card game title, that takes a traditionally niche genre into the mainstream. The success of this title relied heavily on finding the right balance between bringing in new players to the franchise and not alienating World of Warcraft’s loyal followers, and they nailed it with their first time user experience.

Hearthstone ticks a lot of the boxes we look for in a first time user experience:

Although the tutorial is forced and much longer than we would recommend for most games, it was a wise choice in this case to ensure Hearthstone was accessible to casual gamers because of its complexity.

Understanding how to grab the attention of your players from the get go is key to ensuring they will return to play your game again. Make sure your gameplay is easy to understand, your player is rewarded, the difficulty level is gradually increased and you let them see some of your best features. Avoid adopting a one-size-fits-all approach to your players by utlizing game analytics to understand their behavior and segment, alongside real-time engagement tools to personalise their gaming experience.

F2P matured in 2014 and so did the player base, as demonstrated by a whole host of AAA F2P titles hitting the virtual marketplace, as well as Sony announcing their ongoing commitment to F2P on PlayStation. Hopefully this trend continues with ambitious designers really thinking about their players first experience as well as providing a solid gaming experience.

If you liked this post, you may also enjoy, The best performing F2P game genres: A comparison of KPIs. 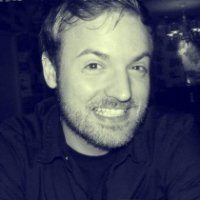 Franco heads up game design consultancy at deltaDNA, specializing in F2P games, Social Casino and Real Money Gambling. Over the past 3 years Franco has worked on over 40 consultancy projects with some of the industry’s top developers and publishers as Nickelodeon, PokerStars, EA, SCE and Microsoft.

Franco studied Computer Game Development in Edinburgh and through working with deltaDNA has developed a very unique approach to game design thanks to the unparalleled insight into player behaviors the platform offers. He is also working on our first game that will be released on Android/iOS later in the year.

In addition, over the past 2 years Franco has been a part of BAFTA Crew Games, a skills development network which supports a small hand-picked network of the brightest talent in the UK games industry. Being close to BAFTA, Franco has been involved with the BAFTA Young Game Designer Awards by acting as mentor to children taking part and regularly attends events to offer career advice.

You can your game reviewed across six crucial areas and compared to industry best-practice with deltaDNA’s Benchmark solution.

For more advice, insight and inspiration from the best creative minds in film television and games, visit www.bafta.org/guru

BAFTA Crew Games is funded by Creative Skillset and run in partnership with the Wellcome Trust. http://www.creativeskillset.org/SIF  http://www.wellcome.ac.uk/games 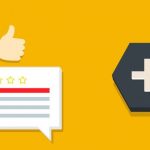