There’s always been the dilemma between building and buying analytics, so King’s acquisition of Omniata was maybe less surprising than it seemed. One thing about the move is that it highlights the dilemma for big games when it comes to big data. In general, due to processing and storage overheads, big data costs rise in line with player numbers, so how can popular games continue to see enough value from large numbers of players to justify the expenditure? Difficulty in establishing value from analytics for larger player numbers has previously prevented many developers from taking advantage of the benefits, but there are signs of change…

Just because a game is monetizing well, it doesn’t mean that the developers of popular games aren’t making the same mistakes as everyone else. It usually means that instead, they have a fantastic game, great user acquisition, virality and economies of scale. But they could be doing even better. In our experience, big games invariably don’t know enough about their players and how they respond to offers, ads and in-game mechanics to optimize their whole game economy. In fact, some of the best examples of great player understanding and interaction often come from mid-sized companies that have embraced data science, data mining, and the importance of understanding player journeys.

If popular games are just as susceptible to getting monetization wrong as everyone else, how can they improve? There is currently an awakening of larger games companies to the benefits of testing game and monetization mechanics. I think great strides have been made in understanding the on-boarding process and optimizing the first time user experience, but this is entry-level usage of big data analytics, as you don’t need large numbers of players to understand and fix problems that occur early in the game.

Most games that have a decent soft-launch period, can make significant improvements in retention with relatively modest numbers of players over that time. In which case, where does the value come from to maintain ROI from analytics beyond this initial analysis?

The first part of the answer lies in monetization and game depth. As player numbers grow, other ways emerge to maintain and enhance the value that developers and publishers receive from analytics, and it’s these that big games are now waking up to, optimizing monetization mechanics and player personalization. With such low payer conversion rates in F2P games (around 2%) a large number of players are required to have statistical confidence in the testing of monetization mechanics, and many more are needed to test monetization mechanics that occur later in the game or more niche purchases, and Whale behavior – which is essentially repeated spend over an extended period. The ability to analyze with confidence deep into the game is is one area where games with large player volumes have an advantage, but they are leaving money on the table, often because they underestimate pricing points and don’t understand how game mechanics interact with each to affect lifetime value.

The second part of the answer lies in player engagement. It’s obvious that the more players you have, the more campaigns you can run, but as data volumes grow, campaigns can become better optimized and more personalized. With larger data volumes, more granular campaigns become viable. Targeting highly defined player segments, at specific points within latter parts of your game to improve the experience, particularly of expert players and Whales, becomes more viable at higher volumes of players. It acts just like a turbo-charger on your game’s performance, and that leads to better retention of your premium players and enhanced lifetime values.

Taking a total view of monetization and intelligently targeting IAP offers, interstitial and rewarded advertising, while optimizing targeting, timing, segmentation and creative approaches can make a big difference to revenues and continue to deliver value from every player as the game grows.

Developers of all sizes face challenges to optimize the player experience and balance their monetization mechanics. But games with large player volumes can build on their reputation and economies of scale, to deliver better targeted offers and great player experiences, derived from a greater statistical understanding of player engagement.

If you liked this article, you may also be interested in ‘A data-led approach to predicting churn’. 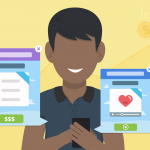 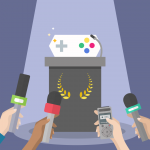