Making money from mobile games is no longer a one-dimensional challenge. In-App Purchases (IAPs) remain fundamental to developers’ success but in-game ads have become a critical revenue stream and an increasingly vital tool for players. That shift in approach has given rise to a new breed of player – the Ad Whale.

The puzzle keeping many developers up at night is how to find, attract and exploit Ad Whales without disturbing the ecosystem. In this article, we’ll lead you straight to them and provide the blueprint for the perfect whale-snaring strategy. Anchors away!

So, what is an Ad Whale? We have analyzed data from games across all of our clients’ portfolios and come up with some key identifiers.

The term Whale has a long association with Free-To-Play (F2P) but the Ad Whale is a different beast. The former spends large amounts of real-world currency on IAPs. The latter generates revenue through impressions, watches and clicks without necessarily spending any money at all. Time and attention are the currencies of the Ad Whale.

Ad Whales typically stick around and maintain high eCPMs into the second month after download, when they can reach an Average Revenue Per User (ARPU) 5 times higher than the average. They aren’t fleeting resources to be used up and churned at speed. Targeted right, they provide a lucrative and reliable revenue stream over a sustained period.

Distinctions made, Whales and Ad Whales do share certain similarities. The most obvious is the 80/20 split as 80% of revenue is generated by 20% of the players. As with monetization, so with ad revenue. It’s also worth noting that, while overall eCPMs vary greatly on account of players’ geo-location, the revenue concentration of those figures still lands at 80/20 regardless of region.

Not every player is a whale-in-waiting, so you can’t just hammer everyone with ads and hope for the best. That does not mean, however, that you should settle on a clumsy and middling ‘one size fits all’ approach for your users. Playing to the averages when revenue is so heavily concentrated at one extreme makes absolutely no sense.

The strategy for keeping a healthy population of both Whales and Ad Whales is giving players what they want and not just what you think they might tolerate. This is where rewarded ads come into their own.

Across the board, Ad Whales generate more revenue than the average player. That does not mean, however, that they consume all ads indiscriminately. Broken down into different formats, the steepest revenue distribution curve by far occurs within rewarded video ads.

Opportunism is the hallmark of the ad whale and rewarded ads provide a reliable source of premium currency – they’re a crucial part of the gameplan. Integrated well, they allow willing watchers to rack up meaningful impressions by the bucketload without irritating or alienating others.

Each individual game requires its own tailored integration plan, but there are several strategic recommendations that prove useful universally:

1. Use friendly and familiar in-game characters to deliver the offer of ads


In order for ads to be prominent without annoying non-interested players and causing unnecessary churn, they need to be incorporated seamlessly to the gameplay. The easiest way to do this is to have the opportunity presented by a character from within the gameworld. Furthermore, using the same character each time will cause the player to build an association that will encourage the habit of watching ads. One of the best examples of this mechanic is found in Family Guy: The Quest for Stuff where rewarded video ads are offered by Carl, who features occasionally in the show as a worker in a video store. Because he is recognizable as part of the Family Guy universe, Carl’s appearance isn’t jarring in any way. His character’s association with video also makes the ad offer more intuitive and fitting.

2. Limit the amount of rewarded ads it is possible to view within a set period

If you are offering your players premium currency as reward for watching ads, you need to protect monetization by limiting how often they can do so. Left to exploit ads and aggregate currency freely, many players will stop making IAPs as they will have no need to buy extra currency or items. Square Enix: Montreal implemented a time-limited system to Hitman: Sniper whereby 5 rewarded ad slots refill every 2 hours, meaning players can only earn a maximum £0.20 worth of virtual currency every 2 hours. The integration of this system actually coincided with an increase in IAP sales as well as excellent ad revenues.

Boredom, just like frustration, is a massive cause of churn. All well-designed games should therefore prove challenging at times, to keep the player engaged. Offering rewarded ads to players on the verge of failure (or immediately afterwards in exchange for lives) is a great way to prevent players from leaving the game in anger at losing – both protecting retention and generating revenue at the same time. Using ads in this way also builds a positive and reciprocal mindset in players towards the mechanic. Match 3 title Bee Brilliant uses this tactic to dissuade players from jumping ship but caps the ability at once every 15 minutes. 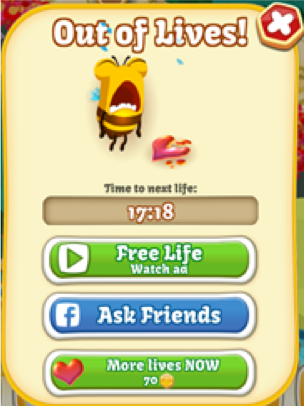 An effective way to turn your ad-watchers into paying users is to reward their ad-watching with limited access to otherwise paid game elements such as bonus levels, special items or tournaments. Offering this type of reward encourages spending and does not cannibalize IAPs by giving away currency whilst introducing new and interesting elements that will make players more likely to stick around. Angry Birds 2 gifted tokens to ad watchers at a maximum rate of once per session that granted them entry to tournaments that would otherwise cost currency. 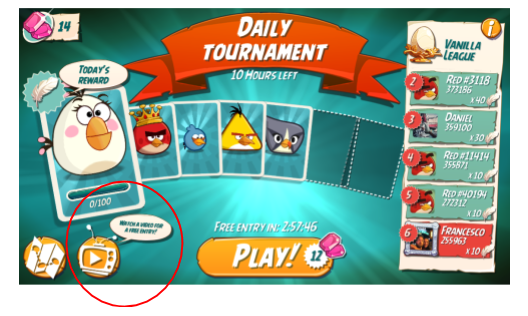 Ad spend accounts for around 35% of total game revenues and has done for some time, but emerging strategies should boost those numbers significantly. Ad Whales are important, relevant targets and they are crying out to be targeted. Driving ad revenue with rewarded video ads is the best way to create an environment that’s conducive to all players and exploit the tendencies of the Ad Whale without scaring off your paying players. Happy hunting! 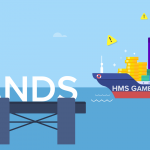