When it comes to collecting customer data, the games industry is in a unique and enviable position. Unlike other sectors where customer data is often incomplete, games makers and marketers can access a wealth of live data about every single one of their players.

But it wasn’t always so.

Games used to be sold almost exclusively in boxes, and companies, up until very recently, knew little about their players beyond what market research revealed. While it’s not surprising that mobile has heralded a big shift in games, what sets the industry apart from others in the mobile space is how it’s leading data innovation. And this all boils down to the way we now play mobile games.

A change in how we play games

The games industry knew it had to re-think things when the free-to-play model exploded onto our handsets and started picking up billions of new players. While on paper free-to-play may have seemed like a winning formula, the truth was that the majority of games suffered from poor engagement. Users weren’t getting a good enough experience in their first session, so they simply weren’t returning to the game again. If players didn’t stick around, the game made no money. 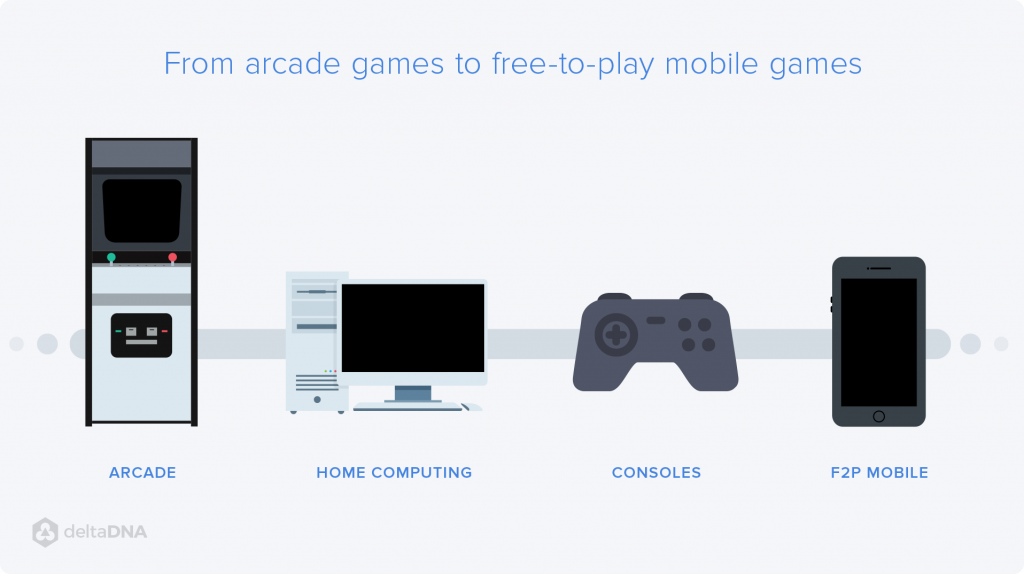 And this problem wasn’t just the misfortune of bad games. Even now, the most popular free-to-play games see Day 1 Retention rates sitting between 20 and 40 percent. The fact is, with no upfront payment necessary, players have no commitment to persevere with a game that doesn’t engage them. So, the onus is put firmly on the developer to understand player behavior and use that data to create gaming experiences that maximise satisfaction.

Developers and marketers had to balance game experience with the requisite monetization mechanics, such as in-game advertising and in-app purchases (IAP), but doing this with big data analytics came with its own set of problems.

Big data has made it possible to record a wealth of data. But with so much of it available, developers run the risk of recording ‘data for data’s sake’. So, driven by a market in which it’s increasingly hard to retain players long enough to monetize, what we are starting to see instead is the focus shifting toward the right data to generate actionable insights.

Instead of analyzing hordes of data, a range of tools have been developed to do this work, focusing only on metrics needed to improve games. This is being hailed as the ‘deep data’ approach. It makes the kind of analysis that used to be available solely to companies with the resource to hire professional teams, accessible even to small indie developers. And, in a hold-up lesson of innovation, they are using it to augment their games.

Analytics 3.0: Deep data is taking over

With the emergence of deep data, highly accurate game personalization is an effective option, and we’re seeing more and more developers using it. By segmenting players based on their behavior, games are being adapted and augmented to suit their style. Not only can this be used to change the gameplay, it can completely change the method of monetizing each (and every) player.

The evolution of analytics in games

Over the last few years, there has been a significant shift in the games industry’s use of analytics. This evolution can be tracked across three distinct phases:

Analytics 1.0 – This was focused solely on game performance; dashboard reporting of what had happened in the game, but without providing the clarity that would enable developers to know where any issues may lie, or how to solve them.

Analytics 2.0 – This phase was about changing the game at the design level. Developers could see where the problems were, but could only implement broad-brush and one-size-fits-all changes to the game.

Analytics 3.0 – The most current approach. Deep Data – the combination of a large number of data points, incredibly fast database technology and multiple data sources – enables the gaming experience to be personalized for individual players within segments, based on their engagement and playing style.

Deep data is the future

Using deep data analytics tools to personalize player experiences in games improves monetization and gameplay for the whole audience. It’s a win-win scenario. Not only is it a move towards efficiency and effectiveness, it signifies the democratization of analytics.

In a recent deltaDNA survey of in-game advertising, 50% of games with 100k+ DAU (daily active users) said they provided different experiences to different non-paying players. Expect to see more and more developers adopting this approach in 2016, as other industries start to follow suite.

This article was first published in Dataconomy. 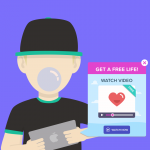 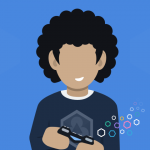