Thanks to visionary startup Play VS, the first ever season of state-sanctioned high school eSports competition is set to kick off just four months from now in October 2018. The Play VS platform will be accessible to roughly 5 million students across 18 states, with 5,000 schools on board. The existence and uptake of such an initiative show how far eSports have come in recent years, both in terms of participation and mainstream perception. Here’s what bringing eSports to education means for gaming in general.

Play VS owes everything to its founder and CEO, Delane Parnell. A childhood without a PC or internet at home meant that Purnell first came to eSports and competitive gaming through school, albeit unofficially, and he wants to provide that opportunity to similar kids on a nationwide scale.

Partnership with the National Federation of High School Associations (NFHS) has given Play VS the legitimacy it needed to get into schools but considerable financial backing was what allowed Parnell to make a company of the concept. He managed to source $15 million in investment from a combination of venture capital groups and high-profile names in sports, music and entertainment. That investment is a ringing endorsement of both Parnell’s vision and the state of eSports as an industry.

The NFHS has authority over sporting competition in 19,500 US high schools so it is a huge achievement for Play VS to be involved with over 25% of all schools on the roster in its very first year of competition. Watch this space.

How does it work?

Access to the Play VS platform is charged at $16 per month per student which does raise questions of accessibility for students that can’t afford the fee themselves. Many public high schools are massively stretched in terms of funding as it is, so they are unlikely to be forthcoming with eSports sponsorships.

The competition schedule is split into 3 phases that culminate in State Championships:

The Play VS team are obviously sensitive to issues and concerns surrounding gun violence in schools so there will be no first or third-person shooting games featured. Instead, teams will compete in four or five games from the multiplayer online battle arena (MOBA), fighting, sports and action genres. The specific titles are yet to be announced.

What does it mean?

It seems odd to talk about eSports, a massive and lucrative industry, as outside of the mainstream but that is still the perception in much of society. 2017’s League of Legends World Championships drew well over 106 million viewers (several million more than this year’s NFL Superbowl), yet many still know very little about it and care even less. Schools have historically been the places that a lot of dedicated gamers and prospective eSports stars have felt ostracised and unwelcome. Bringing eSports under the banner of high schools and making them a matter of pride in state rivalries could be a massive step towards getting rid of harmful stereotypes and breaking down tired tribal teenage politics.

Participation in eSports has been growing organically but the introduction of organized initiatives in high schools and rumblings of inclusion in future Olympics will surely speed up the processes of adoption and raising awareness. The 2014 FIFA World Cup final exceeded 1 billion viewers – how soon could eSports do the same? 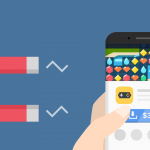