Brands have been reluctant to advertise within mobile games ever since it first became possible. In 2018, that reluctance comes from a fixation with how things were and a misunderstanding of how things are.

Generally speaking, the brand perception of exactly who plays games is the same as it always was and it’s preventing potential customers from being reached. That’s the ‘how things were.’ In terms of ‘how things are,’ brands don’t like the idea of handing their spend over to networks because it is perceived as relinquishing control and risky for brand identity. The whole issue hinges on outdated thinking.

To make matters worse, a high-profile scandal erupted last year when it was discovered that the Google Display ad network was placing branded ads around extremist content. This played out every brand manager’s nightmare scenario and prompted many of the world’s most recognisable brands to withdraw their non-search spend.

When the App Store launched in July 2008, it brought advertising to a whole new stage – the mobile game. A decade later, mobile tech has become an entirely different animal and so have its users. Unfortunately, the external perception of mobile gaming has not evolved in step.

Less than six years ago, the Canadian Marketing Association published an article extolling the virtues of mobile game advertising for brands and publishers. According to them, mobile games were the perfect place to target ‘the young male demographic that represents the majority of mobile game users.’ Fast forward to today and only 38% of mobile gamers are male. Further still, the averages will tell you that the typical mobile gamer is 35-44 years old, professional, and female. That shift is a great indicator of change, but it still only tells half the story. The reality is that the modern gamer doesn’t fit into any one pigeonhole – there are players bridging every major demographic. Certain types of game do generally appeal to more obvious profiles and that allows for better targeting, but gaming as a whole takes all sorts.

Unfortunately, perceptions and stereotypes always lag behind the truth and a lot of brands still perceive the mobile gamer as a version of a cliché sitting somewhere in his fictitious mother’s basement. They don’t see mobile gamers as particularly profitable, reachable or even worth reaching. That’s a huge mistake because they’re actually more active spenders than other audiences – 47% of mobile gamers shop online over 3 hours per week compared to 28% of non-gamers.

Over the last few years, mobile purchases have moved away from primarily low-value everyday items towards brand-heavy industries such as fashion, tech and entertainment. Comscore also highlighted the importance of comfort with regards to retail spending, which plays right into the hands of brand advertisers. Reputation breeds trust and brands are therefore more likely to convert impressions into revenue than other advertisers.

A reputation is like a house of cards – the build is painstaking and glacially slow but one errant wind can destroy the whole thing. Safeguarding that reputation requires constant attention and care. With stakes so high and corporate reputation so fragile, it’s understandable that brands would have reservations about outsourcing ad mediation. Understandable, but unnecessary. Games contain the most precisely developed and diligently curated content out there.

The 2017 revelation that YouTube and Google were inadvertently serving ads alongside extremist content sent brands into a justified panic. In terms of PR, that’s about as bad as it gets. The episode raised questions over due diligence but, most importantly, it signposted the unpredictable nature of User-Generated Content (UGC).

YouTube is a freely accessible platform as both generator and consumer. Its fundamental nature and the size of its user base and dictate that most (if not all) policing has to be reactive rather than proactive. What’s to stop someone deliberately mistagging offensive content or posting hate speech in amongst community chatter? It’s this real-time volatility that poses a threat to brand identity and retrospective suspension of throwaway accounts is hardly a deterrent.

Mobile games, purpose-built to the last pixel and largely free from UGC, provide an environment that is more brand-safe than any other app category. Furthermore, the quality and collection of user-generated data from mobile games allow for more reliable profiling and therefore better targeting than is possible in the wild west of UGC platforms.

Brands are wary of advertising in mobile games for reasons that don’t apply to the industry. Some used to, some never did. For one, the diverse and democratic mobile gaming audience represents a much better revenue stream than investment suggests. Moreover, the risks causing brands to hesitate don’t really exist in the mobile gaming environment. The fastest growing app genre is also the biggest missed opportunity. 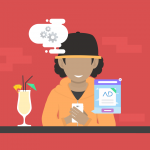 Mediation, balance and why the player is not who you thinkAd Management, Game design, Game monetization 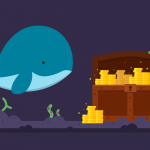