When the holiday season eventually puts 2019 to bed, there’s every chance that Autobattlers will have taken control of gaming and become the year’s defining trend.

Drodo Studio first brought the concept to life with a mod of Dota 2 back in January. Millions of players have since jumped on board, along with the likes of Valve and Epic Games.

Potential and hype alone don’t make money or break records, though. The various Autobattlers out there (Auto Chess, DOTA Underlords, Teamfight Tactics) do a lot of things right, but talking about that makes for a boring article. Instead, here’s what they need to do better if they’re going to put battle royale in the shade.

As it stands, Autobattlers present a fairly daunting First-Time User Experience (FTUE) and a steep learning curve that borders on ‘punishing.’

The core concept of these games is extremely simple and the more complex elements need only affect the experienced. With a proper tutorial and onboarding process in place, there is no reason that total novices can’t learn the basics and then build on them in later sessions.

Auto Chess is certainly the best of the current crop when it comes to onboarding, but there’s still a long way to go. There, players that declare themselves ‘rookies’ are put through a scripted tutorial against AI opponents. It’s best to avoid scripted ‘on-rails’ tutorials and let players learn actively rather than passively, so that’s where Autobattlers need to evolve first and foremost. Using a task system to guide players through a checklist of actions is a great way to get lots of information across in an engaging and memorable manner.

This is obviously not an option for standalone titles, but the Dota and League of Legends universes – that Underlords and Teamfight live in respectively – have huge pull and they appeal to massive pre-existing fanbases.

If developers can surface proven fan-favorite items, characters, powers and references early on in the battler experience, the crossover appeal will draw in large numbers of valuable and loyal players that are more likely to persevere through early frustration or confusion. Familiarity is a new player’s best friend.

Chance, the double-edged sword in every player’s armory, keeps boredom at bay. Good luck thrills and bad luck stings, but both keep players engaged. Collectible Card Games do this especially well. Just a few matches of Hearthstone will put players through the dopamine gauntlet several times and that unpredictability is a large part of the appeal.

The Autobattlers currently out there all feature a degree of randomization of the character store between rounds. RNG in Autobattlers will bring occasional victory to underdogs and leave the unfortunate veterans on the other side itching to avenge the loss.

The big caveat here goes like this: there must always appear to be a possible path to victory for players dealt a bad hand, however slim the chance of execution. When success and failure hinge entirely on luck, players will very quickly start to lose faith.

With very few exceptions, the highest-grossing games worldwide are all F2P and involve some form of social mechanic. That’s because they’re almost universally accessible at the point of install and they play into key aspects of sociability and human psychology.

The 1v1 element of Autobattling already plays on the competitive streak in all of us. They don’t currently have much in the way of cooperative or social mechanics which are extremely powerful when it comes to retention. If the earning of a collective reward is reliant on everyone to play a certain number of matches or days, that social responsibility provides a big incentive for players to come back again and again. Likewise, it wouldn’t hurt to reward players with a little bonus for every friend successfully invited to the game…

5. Cut down those sessions

Current session length for Autobattlers runs at an average 30-40 minutes. That’s fine for PC and console players but entirely unsuitable for mobile audiences, who account for an overwhelming majority of gamers worldwide.

As Autobattlers are PvP, there is no way for players to drift in and out as they wish. It’s a full match or nothing at all, and any game that requires over half an hour of uninterrupted attention simply doesn’t work for mobile users. Fatigue, connectivity and availability will all be factors for anyone that plays mobile games on the move.

Studios need not do away with the current format entirely, but they should offer game modes featuring 10-15 minute matches to get the casuals and commuters onboard as well as more traditional core audiences.

We’ve now set out the blueprint for world domination so go forth and conquer. If Autobattlers haven’t knocked everything else into obscurity by Christmas, it’s officially your fault and not ours.

A version of this story first appeared on Gamasutra.

If you have any questions, about the contents of this piece or anything else, contact us at [email protected] and we’ll connect you to the relevant person.
Tweet0LinkedIn0Share0
Recent Posts 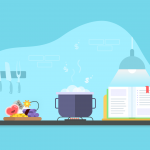 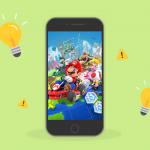